Determination is major key when you set out to accomplish anything. Cucamonga Peak is not an easy trek; the steep 11 mile hike gains just over 4,000 ft.. It is one of the highest peaks in the San Gabriel Mountains range and is located in the San Bernardino County. The 8,860 foot peak has amazing views; Something worth having will take some effort, this long steep hike is a good workout. I should note that a Wilderness Permit is required, this is mainly for your safety as it asks about your trek, and destination. Although if you are asked by a ranger for the permit and one was not filled out, you might get cited. At the very beginning of the trail, there is a small wooden box which contain the self-issued permits. There are usually pens in the slot.

As this was Christopher’s 2nd attempt at Cucamonga Peak, I did not want time to be an issue, weather seemed just perfect. Check out our first shot, Endurance Knows No Age .

Early morning, 6:15am, all packed and ready to go at Icehouse Canyon Trailhead, our trek begun. It felt chilly, temperature was about 52 degrees F, sun still had yet to make its appearance. Headlamps on, we got on our way. All layered up, the first few steps are always the hardest, especially with a cold body. Within an hour or so, sun already peeping out, we were forced by our heating bodies to remove a layer. We moved to the side, as hikers were passing by, hundreds of them. 1 mile mark passed and we were  feeling good. We entered the Cucamonga Wilderness in about 1.8miles. Once there,  we took a brief break, had a snack, and were passed by 2 friends who started not long after us. There are some serious switchbacks not long after the Cucamonga Wilderness Sign, the steepness is felt greatly with every step. Plenty of hikers still making their way up, some backpackers with huge 50lbs pack for an overnighter. I would suggest to pack light; half the crap you carry you do not really need or won’t use anyway. 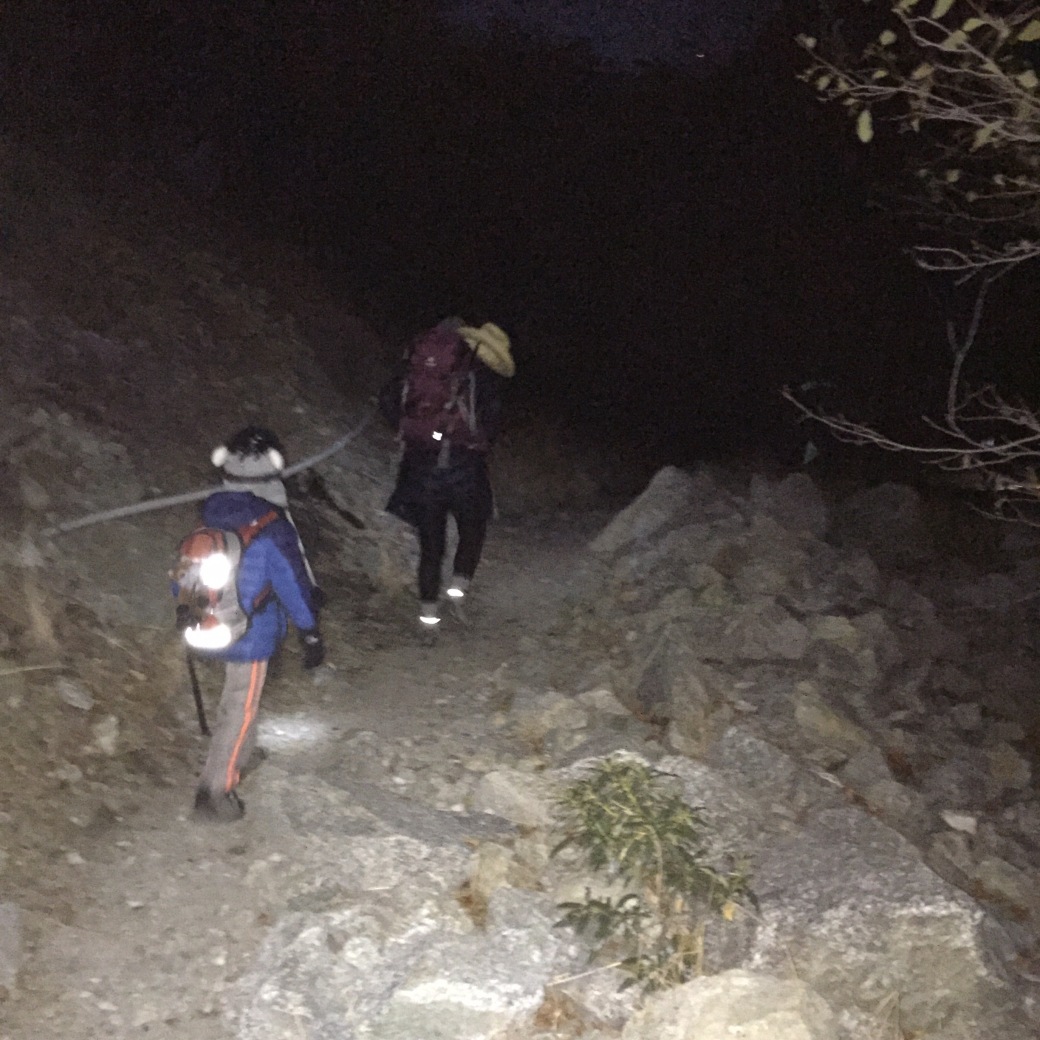 Christopher was getting tired, and when that happens he gets a bit fuzzy and annoyed. I promised him chocolate chip pancakes at the saddle, which was about 1 mile away, and a long steep hill with a few switchbacks, of course I was glad he did not know that. In the meantime, my wife was trying to make things better, they started playing games, I joined once coast was clear and he was not as moody. We started saying rhyming words, composing sentences, and played I spy with my little eyes… 09:05am One last break, hydrated, Christopher had a sneak preview of his M&M’s which he claims give him energy to proceed. The trek continued for about 20 minutes and before we knew it, the saddle was right in front of us. The time now 09:35am, we enjoyed a nice long breakfast break. As planned, I met with some cool friends of mine, who were going up for a morning stroll to check out the location for a future group hike they might host. Packs off, relaxed as can be, I took out pancake batter (already mixed), small pot and fuel stove. As promised, pancakes were in the making. The cool breeze felt nice once we were not in motion, in fact, started getting a  little chilly. 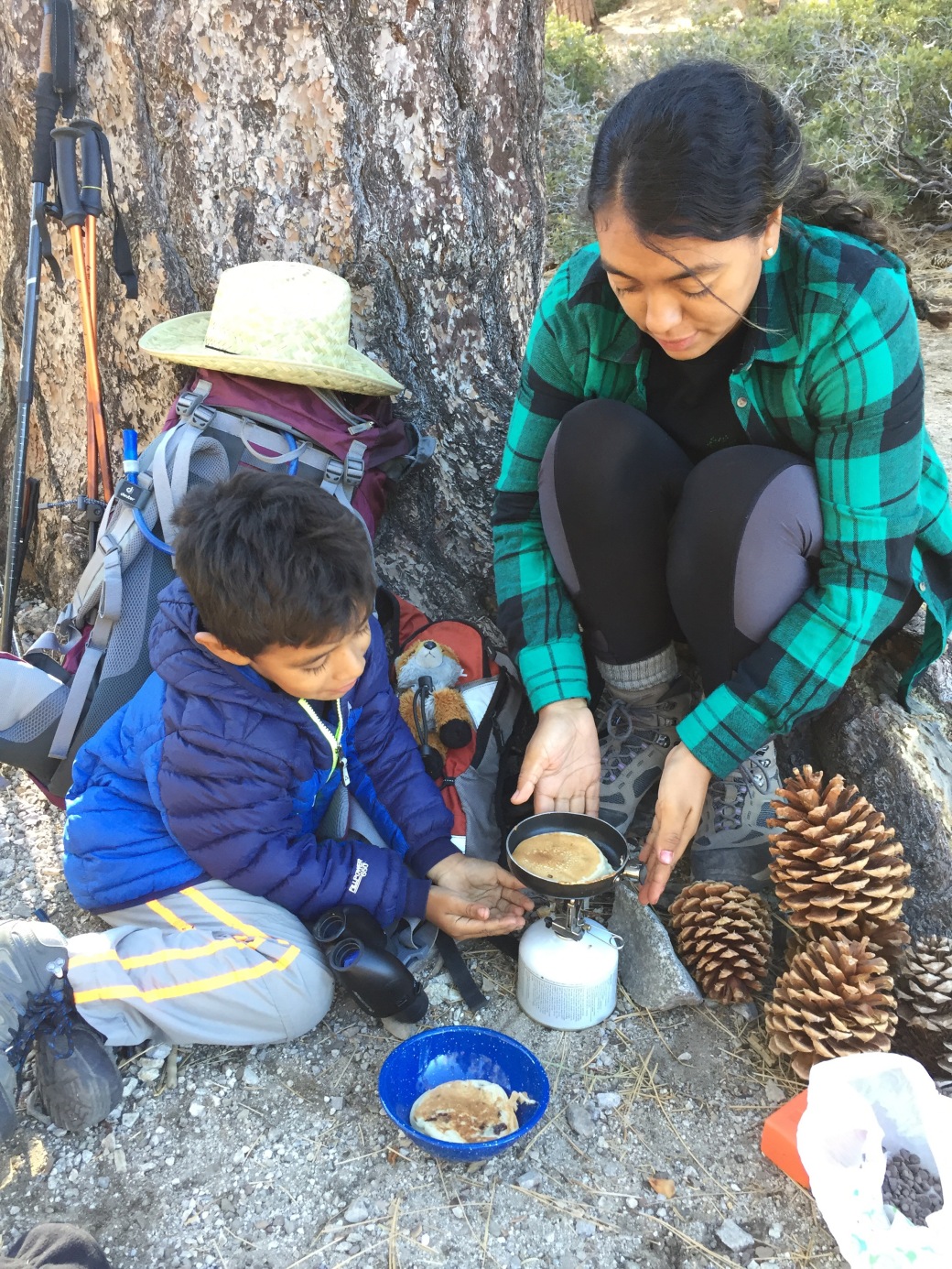 The Icehouse Canyon Saddle itself is a nice hike; you can picnic and call it a day, or choose one from the many trails beyond this point. The crowds decrease tremendously beyond the saddle, mainly because the best is yet to be demanded from you. With that in mind, we continued our trek, 10:20am, started our ascent following signs for Cucamonga Peak. Well rested, bellies full and a positive attitude, Christopher soon begin leading the way. He was as energized as a fresh set of batteries, just blazing thru the switchbacks and hills. I was amazed at how determined he had gotten to reach the peak; his main goal was for his babe, aka the wife to reach the summit. He began to feel a bit fatigued and let the wife lead the way, while still keeping up a good quick pace and being extra careful with the sketchy edges and cliff drops along with some minor rock scramble in certain areas. Along the way, we met a group of cool Hindu hikers, who started a race/game with Christopher to see who would reach the summit first. This also helped Christopher push a bit faster. We also encountered 2 nice gentlemen who advised us of a ram sighting; and being so amazed of Christopher’s motivation, they shared some organic coconut almond oat granola, I had my share, very yummy. No rans were spotted. 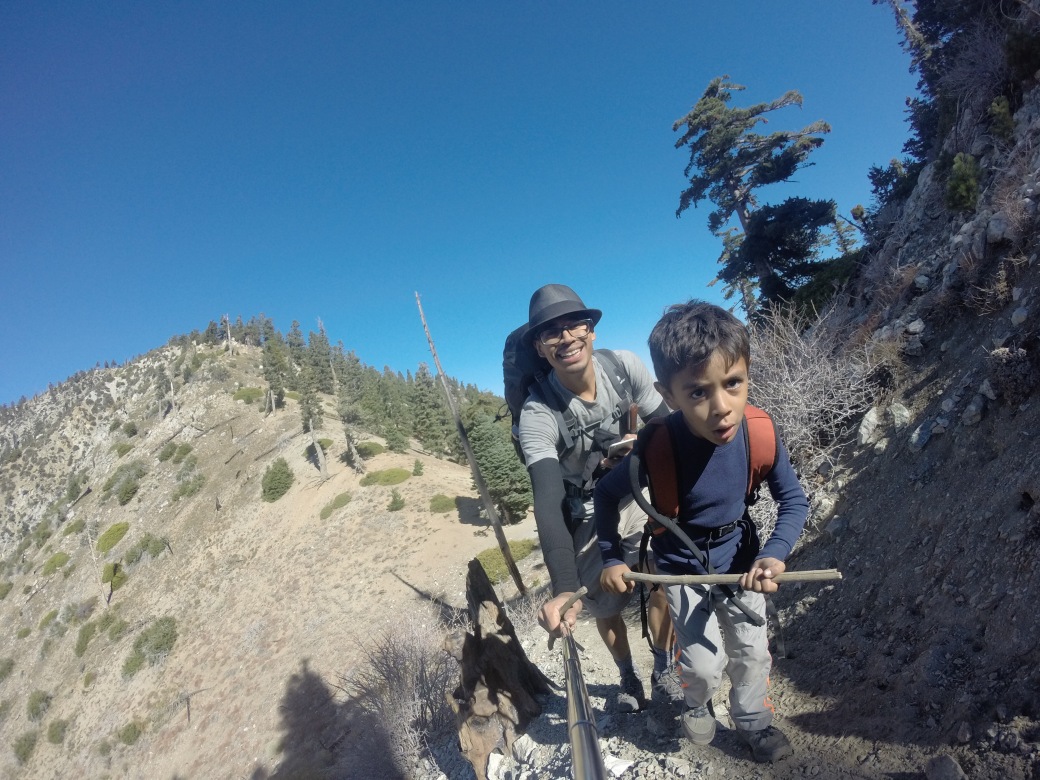 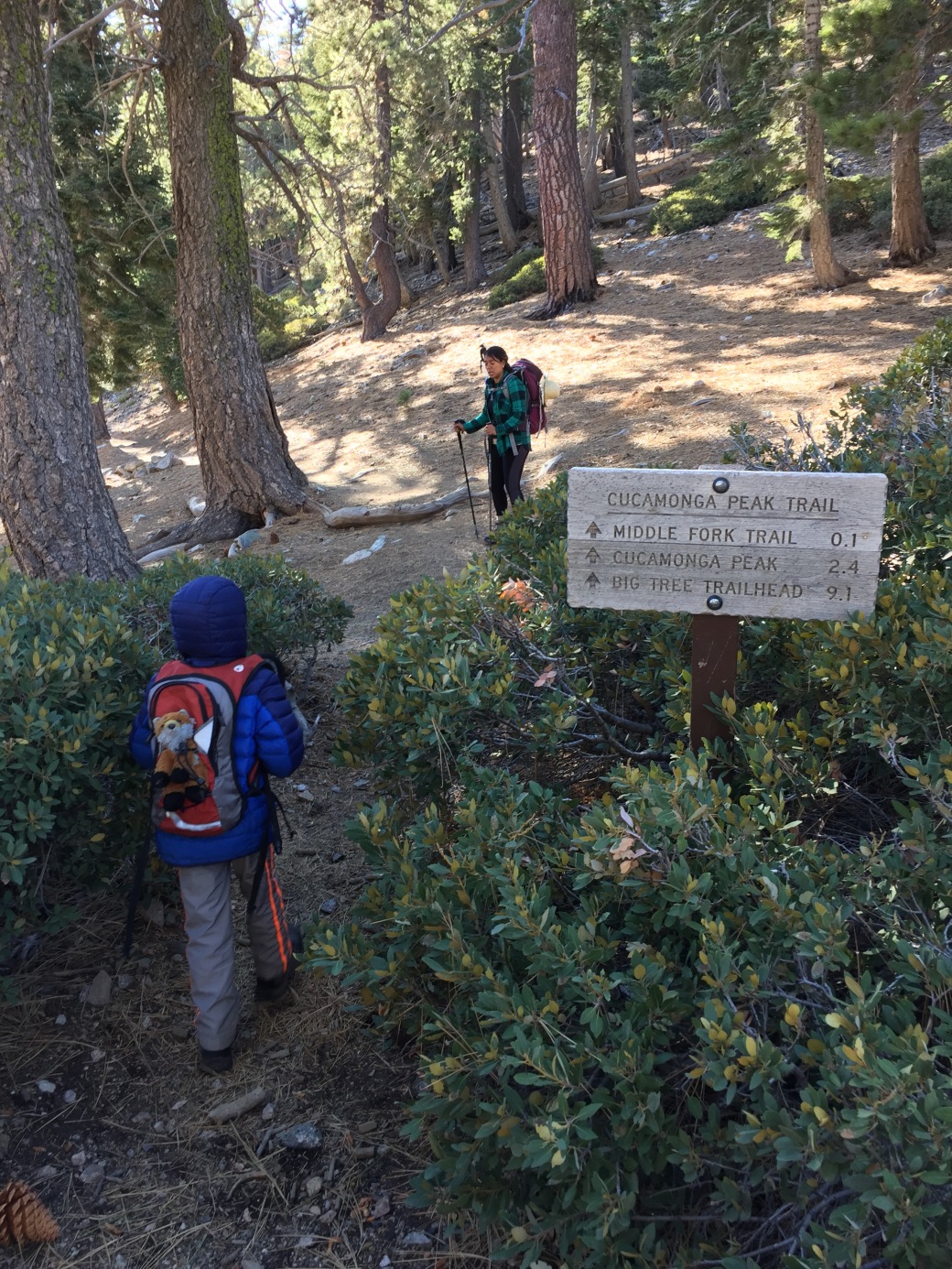 Once you reach the Cucamonga Saddle, is a matter of steps before you can see the summit. In the meantime, you can get a good glimpse of the Baldy Bowl, Mount Baldy and it’s surrounding smaller peaks. After many many switchbacks, rugged rocky terrain, we finally reached our destination, around 12:30 noon. Tired and hungry, we first picked a spot to relax and enjoy the view. I prepared for a dehydrated meal. While water boiled, wife had hot cheetos, and Christopher the rest of his M&M’s, very well deserved if you ask me. Lunch was served on the rocks, literally. All hikers are nice, and I did not hesitate to ask a nice young lady if she could snap our pic; “no problem,” she said with a smile on her face. We walked around the summit, looked for a place to lay and relax some more. Here, the wife and I took a quick nap, while Christopher played with the dirt and built castles. 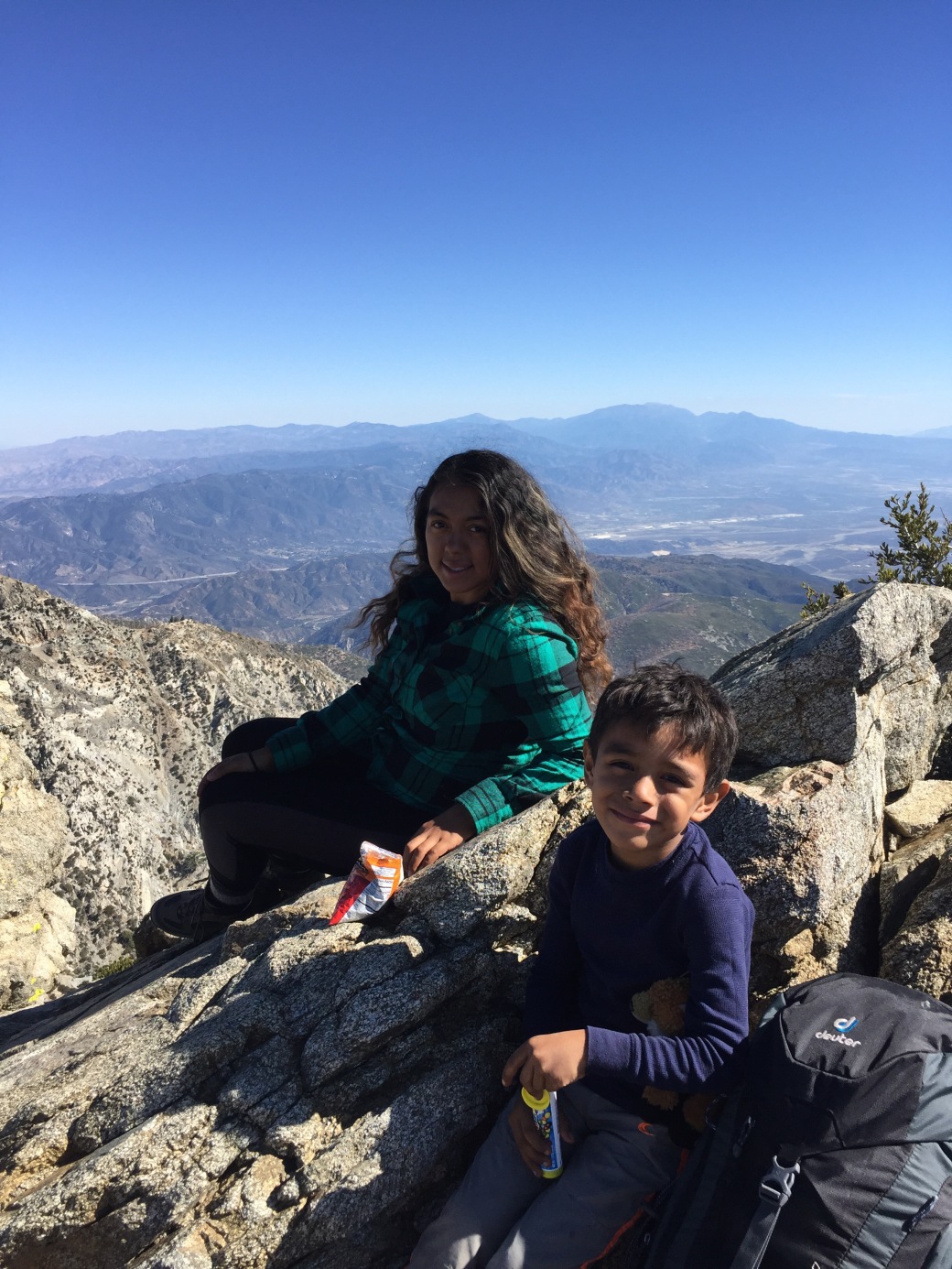 “Ready to go?” I said as I awoke from my 15 min nap. After another photoshoot at the summit, we got on our way, 2:13pm. The hike down left me in shock, as Christopher was rushing down the mountain almost running at some points. Quickly reached the Icehouse Saddle at around 3:35pm, we decided to skip the break and keep going. Christopher started feeling fatigued, and we took a  quick 5 min breather about 1/2 mile after the saddle. He sat down, rest his legs, caught his breath, “let’s go, I’m ready,” he said. He aimed for no more stops. However we were asked for the Wilderness Permit by a park ranger making his way up the mountain. A few minutes later, we saw 2 deer at the creek, snapped a pic, watched them a bit and got on our way. I looked at the time and was super impressed, we made it to the trailhead parking lot in 3 hours and 10min. Tired and beyond exhausted, Christopher recharged batteries with a long nap on our way home. Overall, this was a great hike, and most importantly, we had fun while achieving a goal.

Thank you all for reading, hope this inspires you to enjoy the outdoors with the family. Take the first step, that one is usually the hardest, then it all becomes natural.
PHOTOS AND VIDEOS: 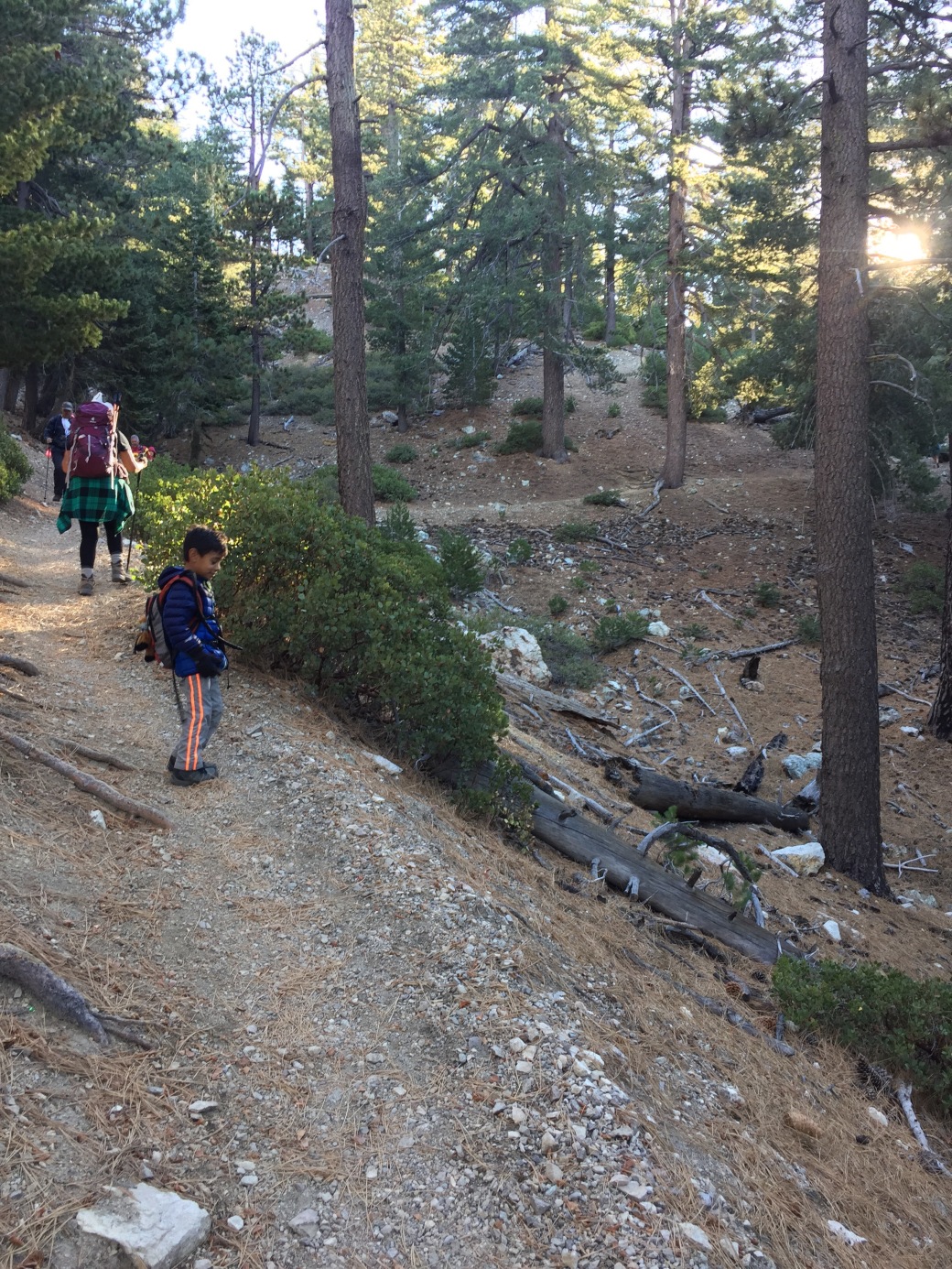 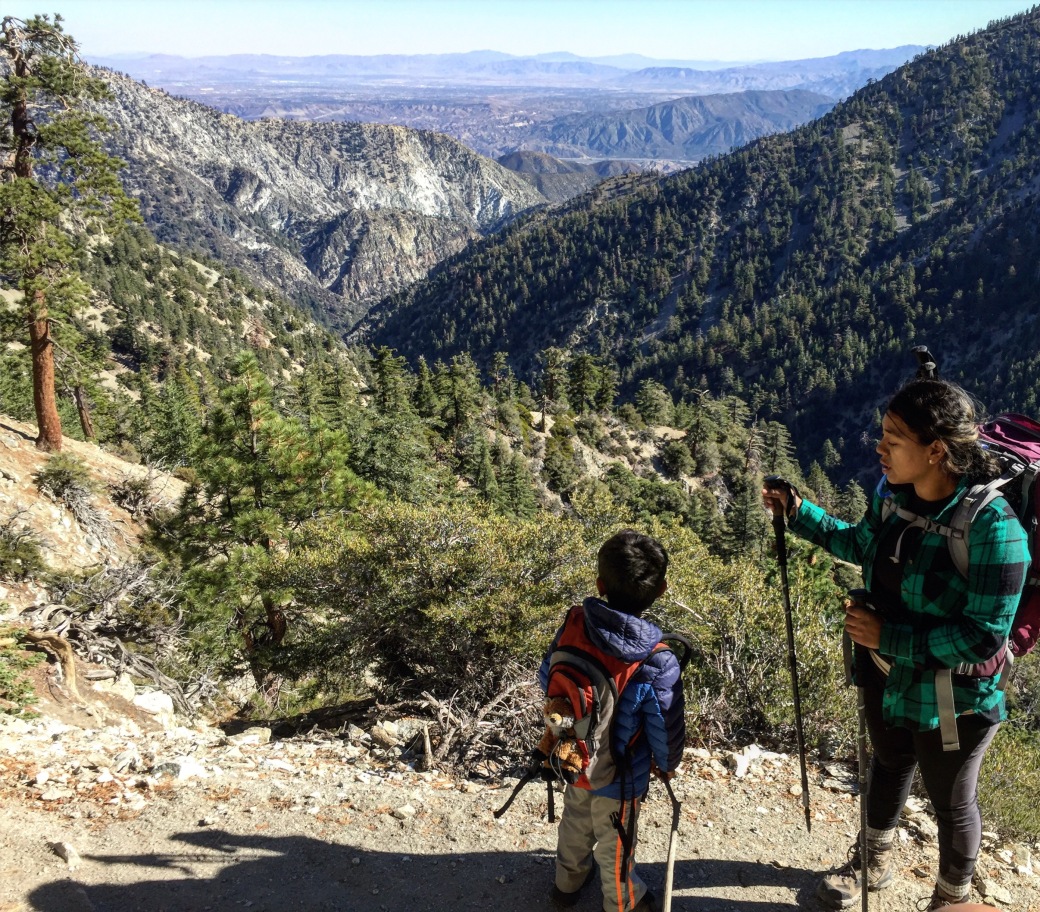 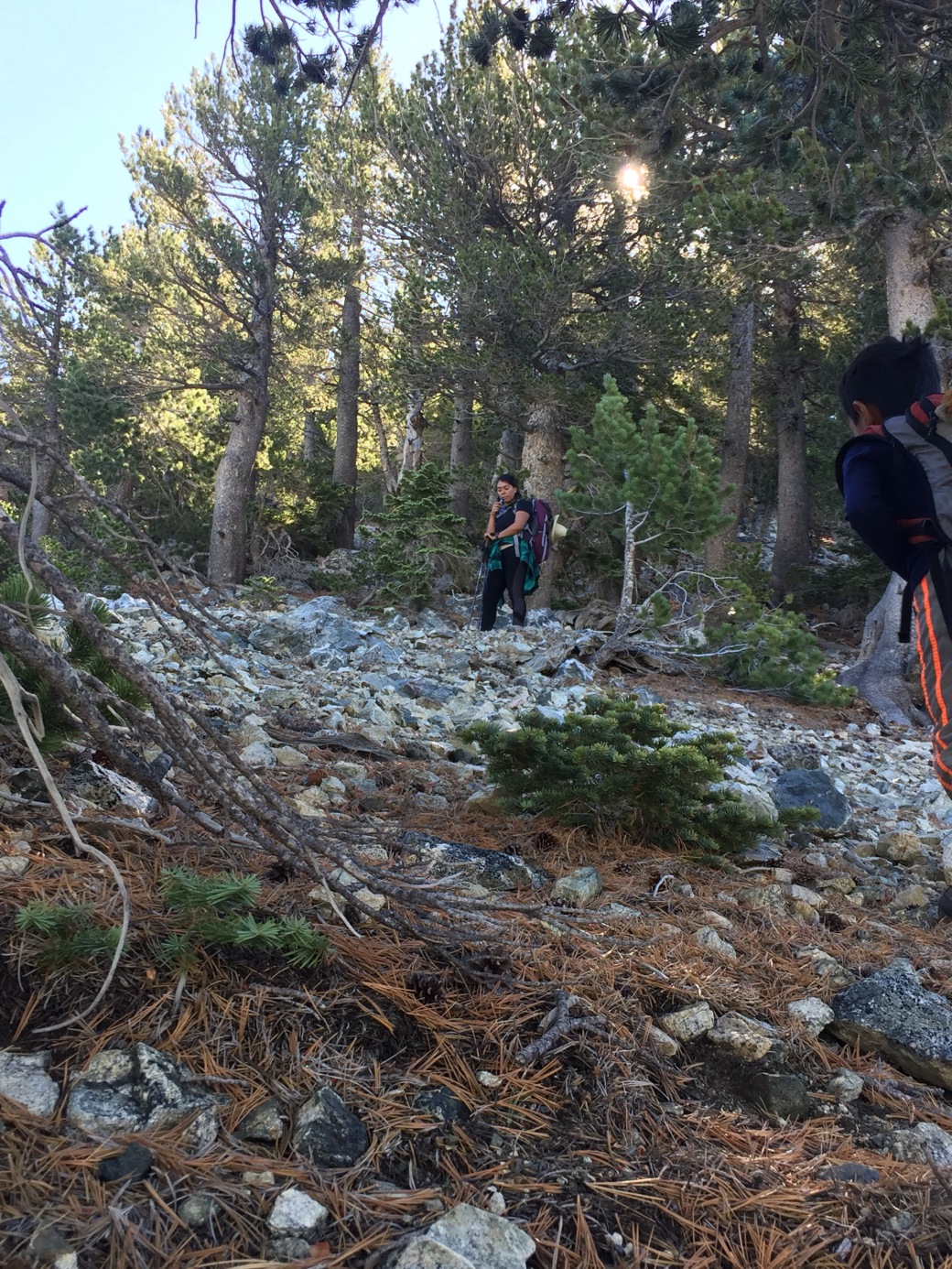 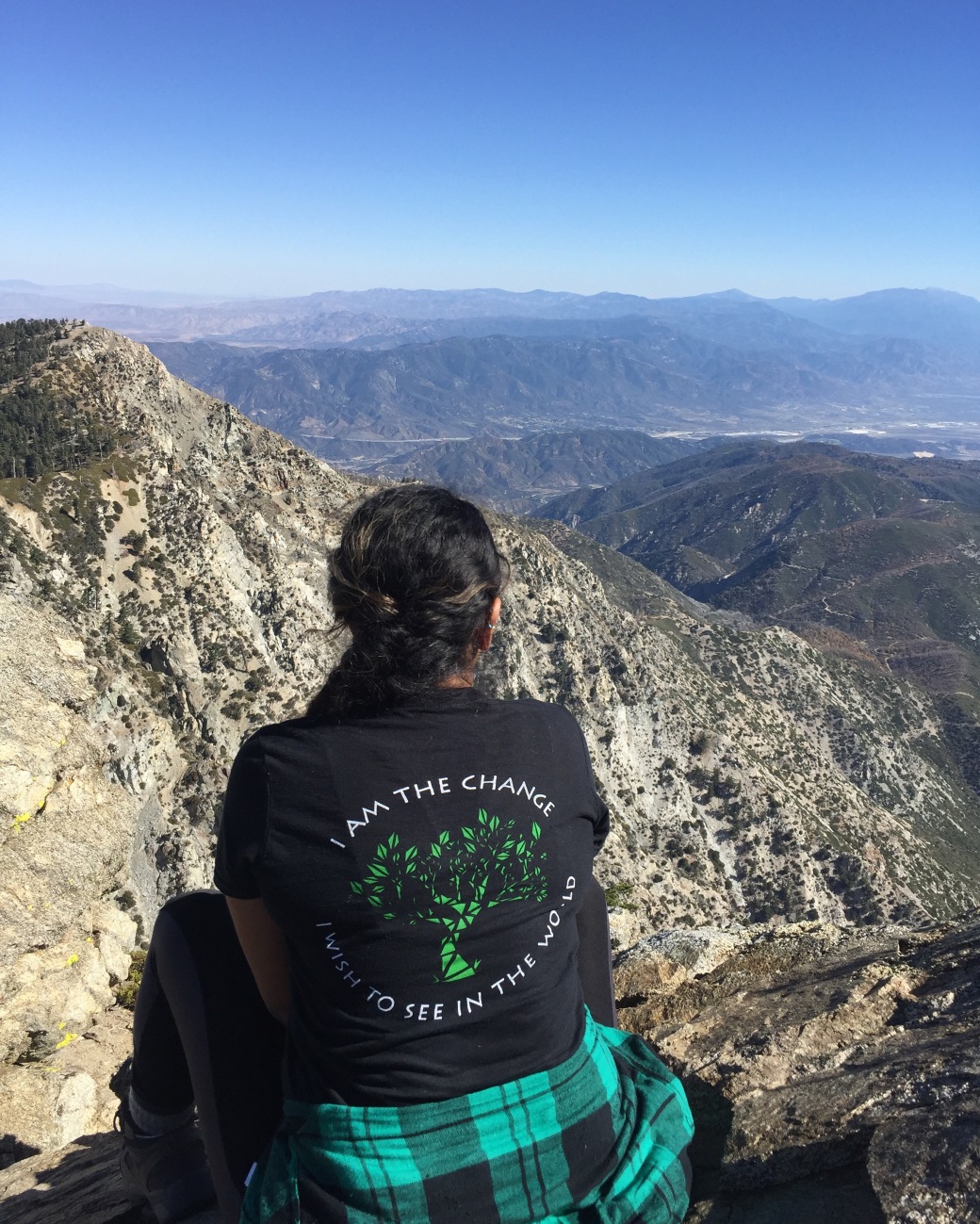 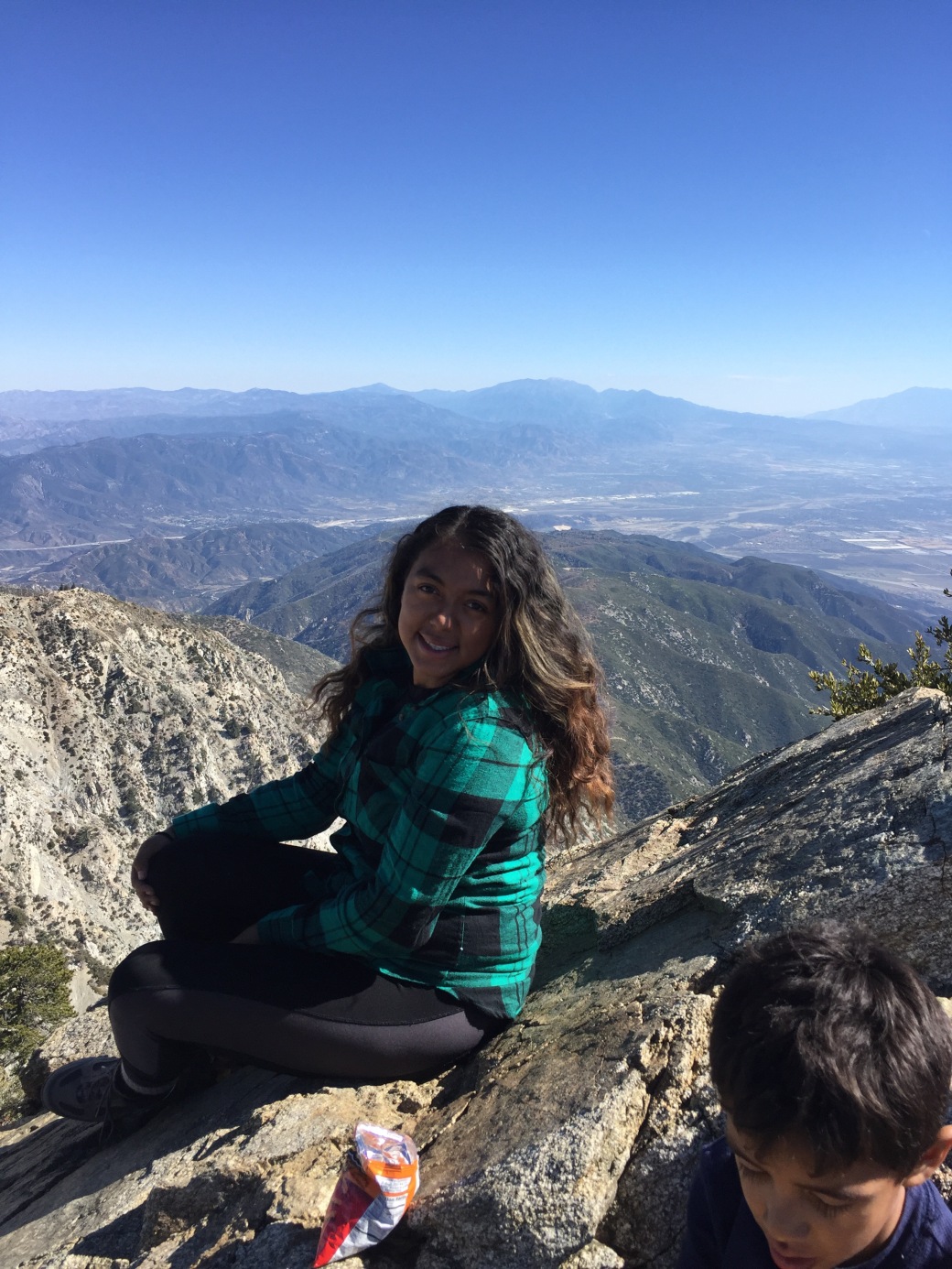 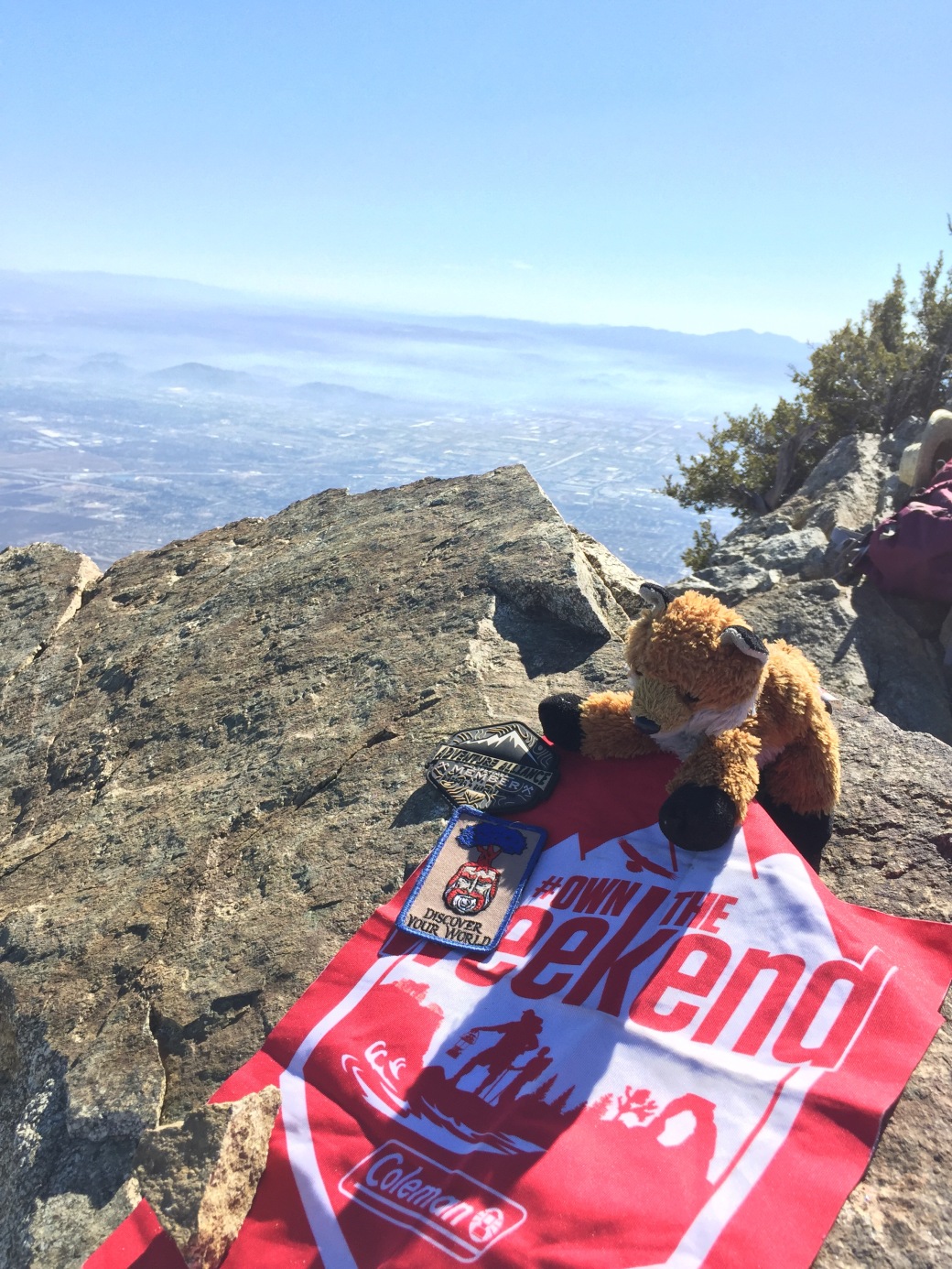 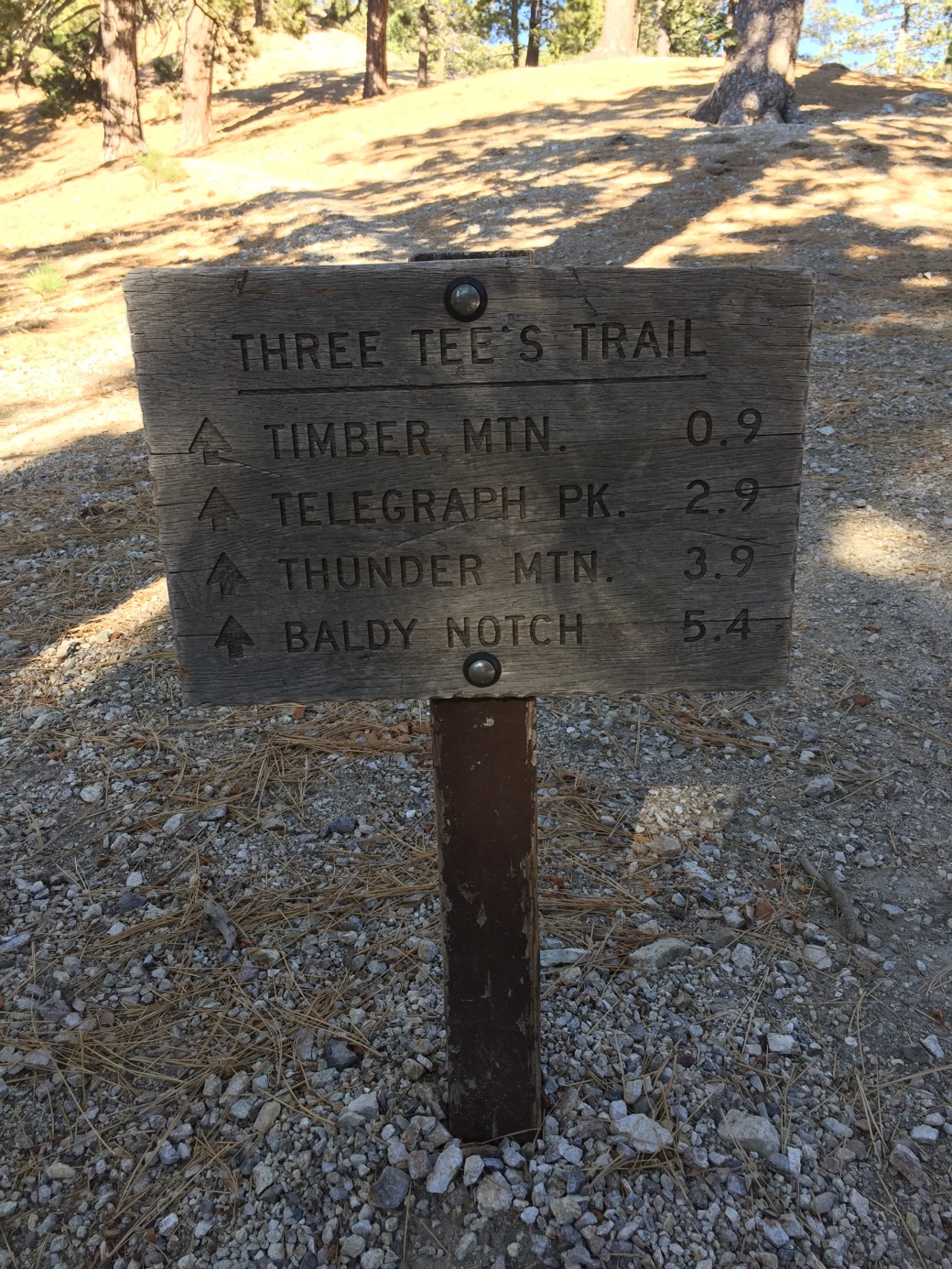 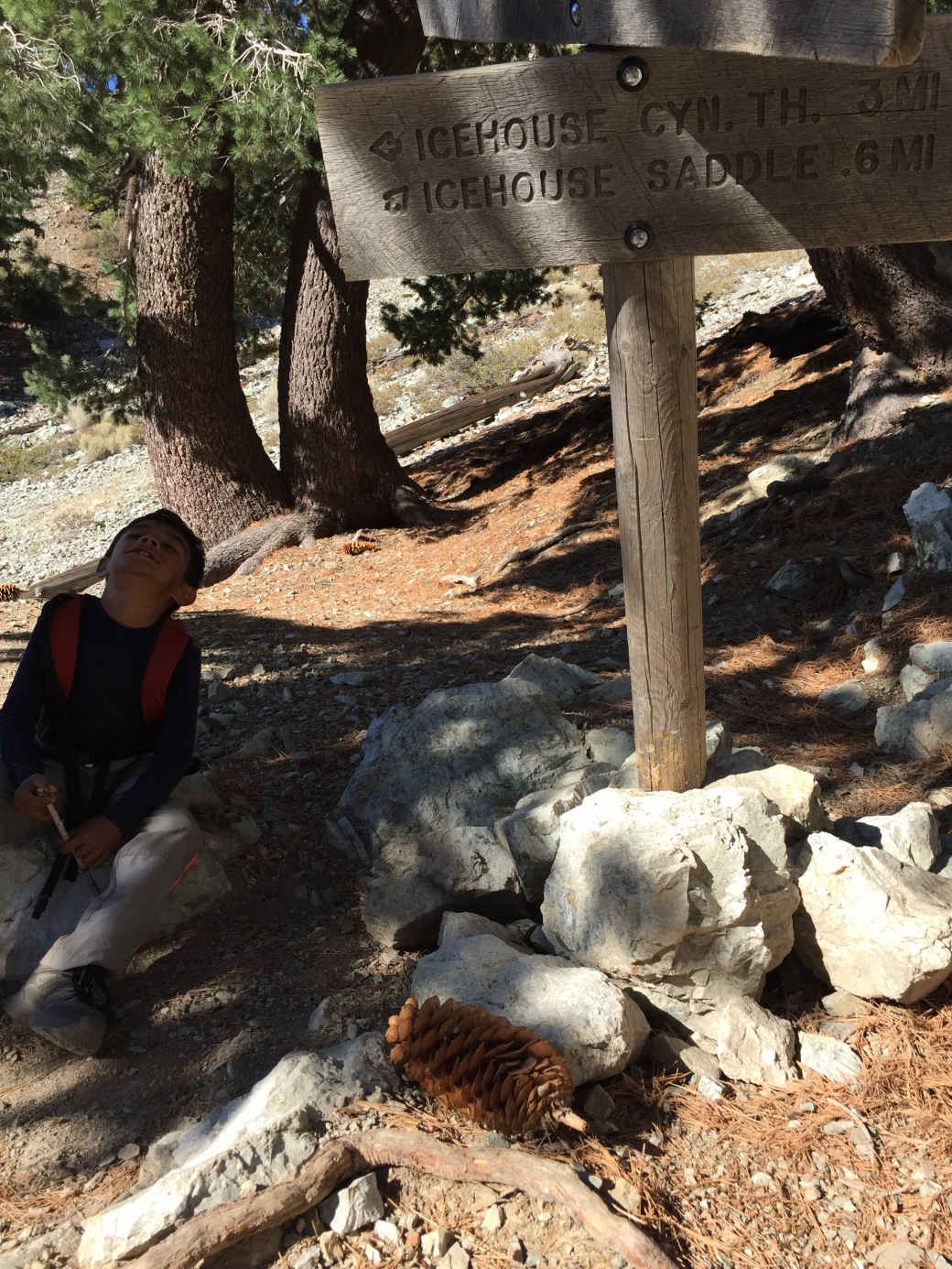 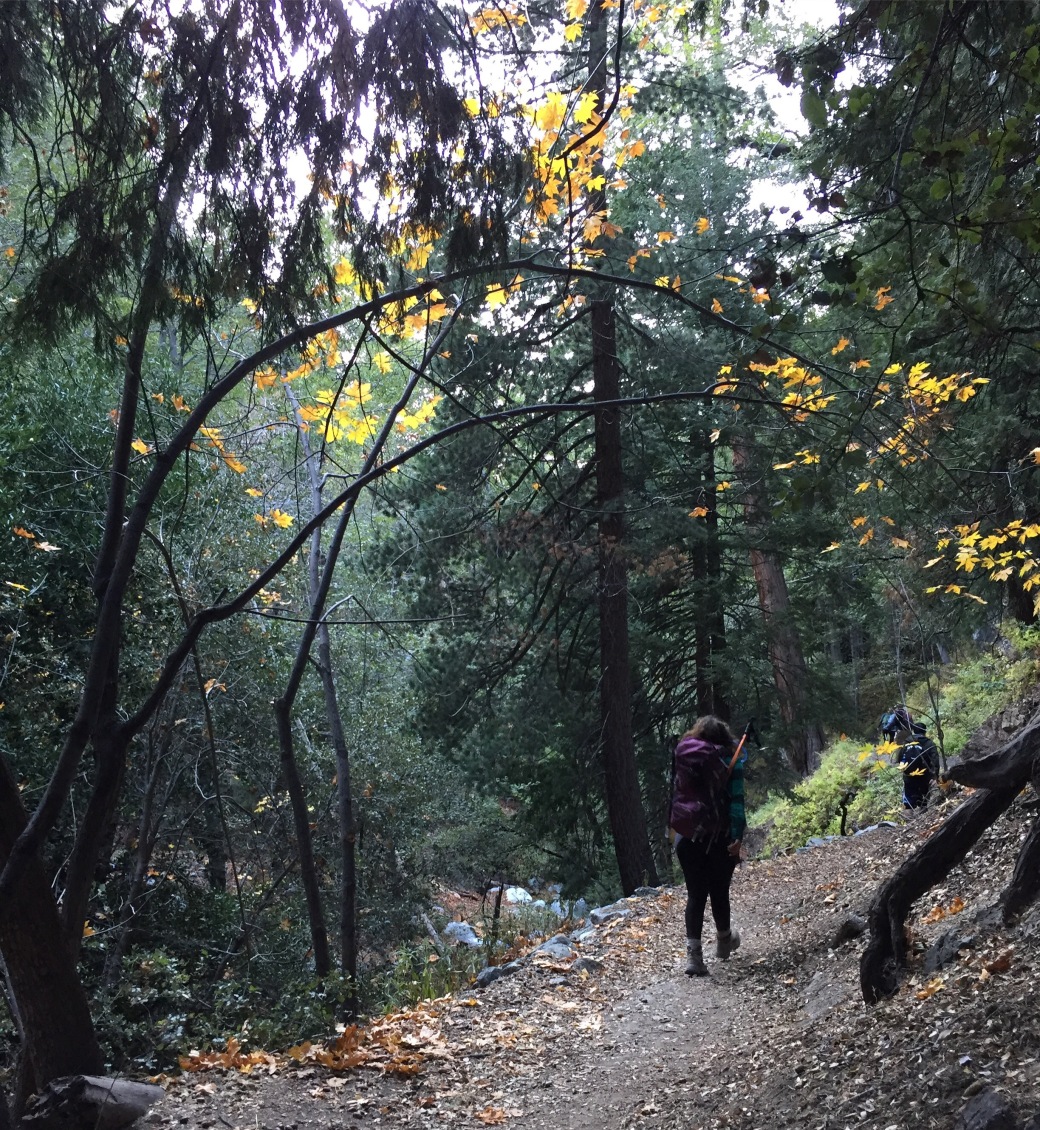 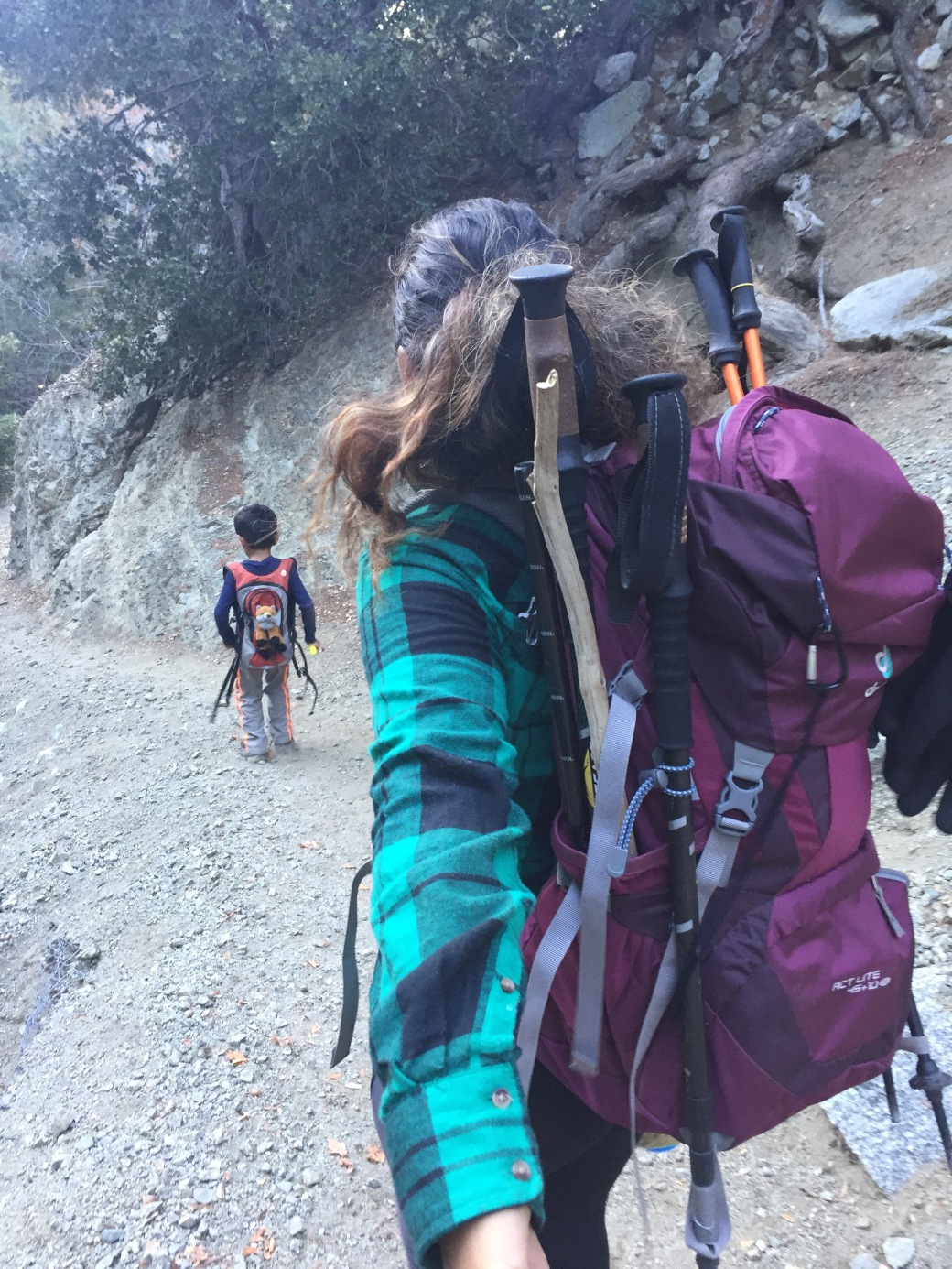 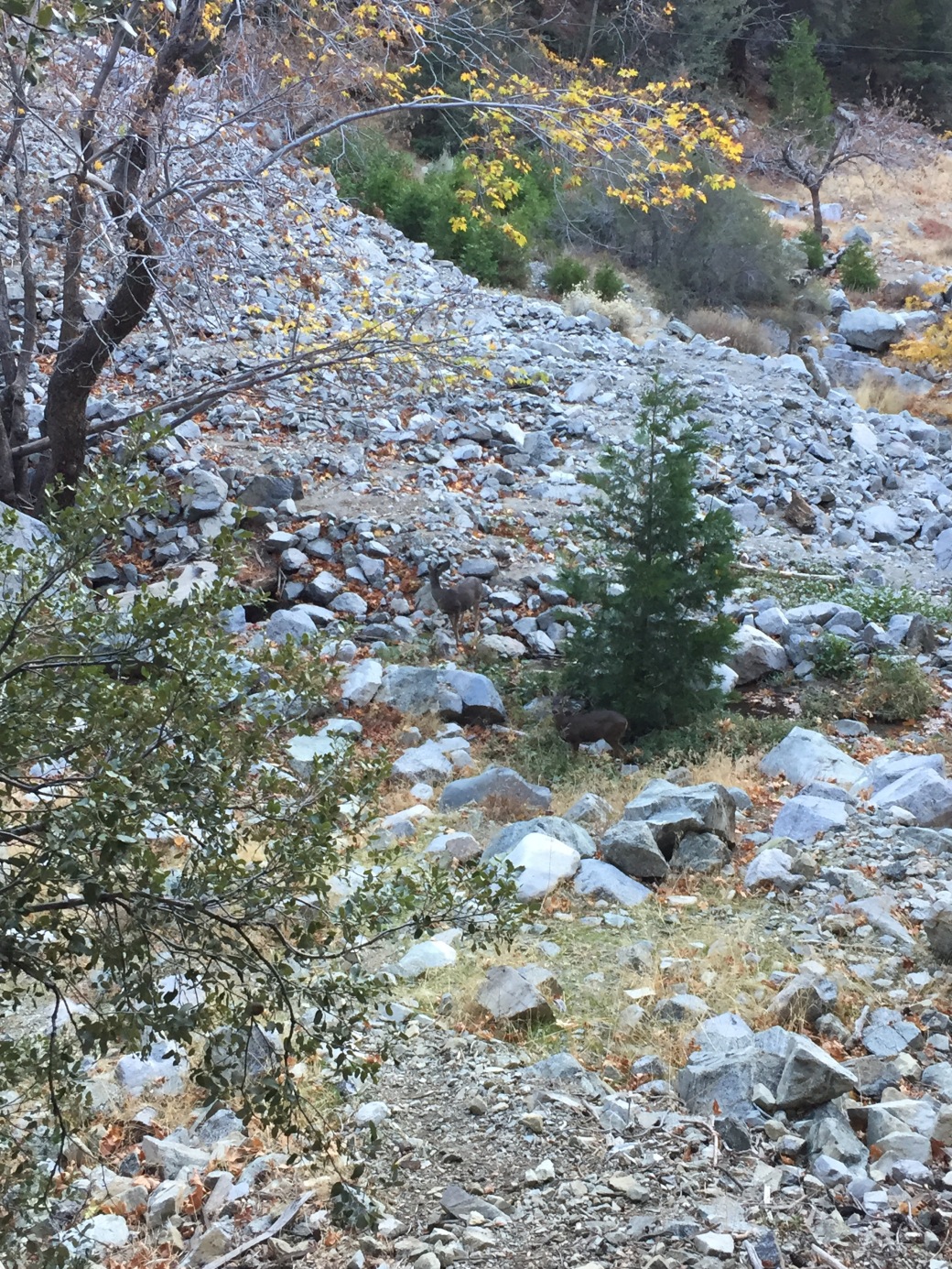 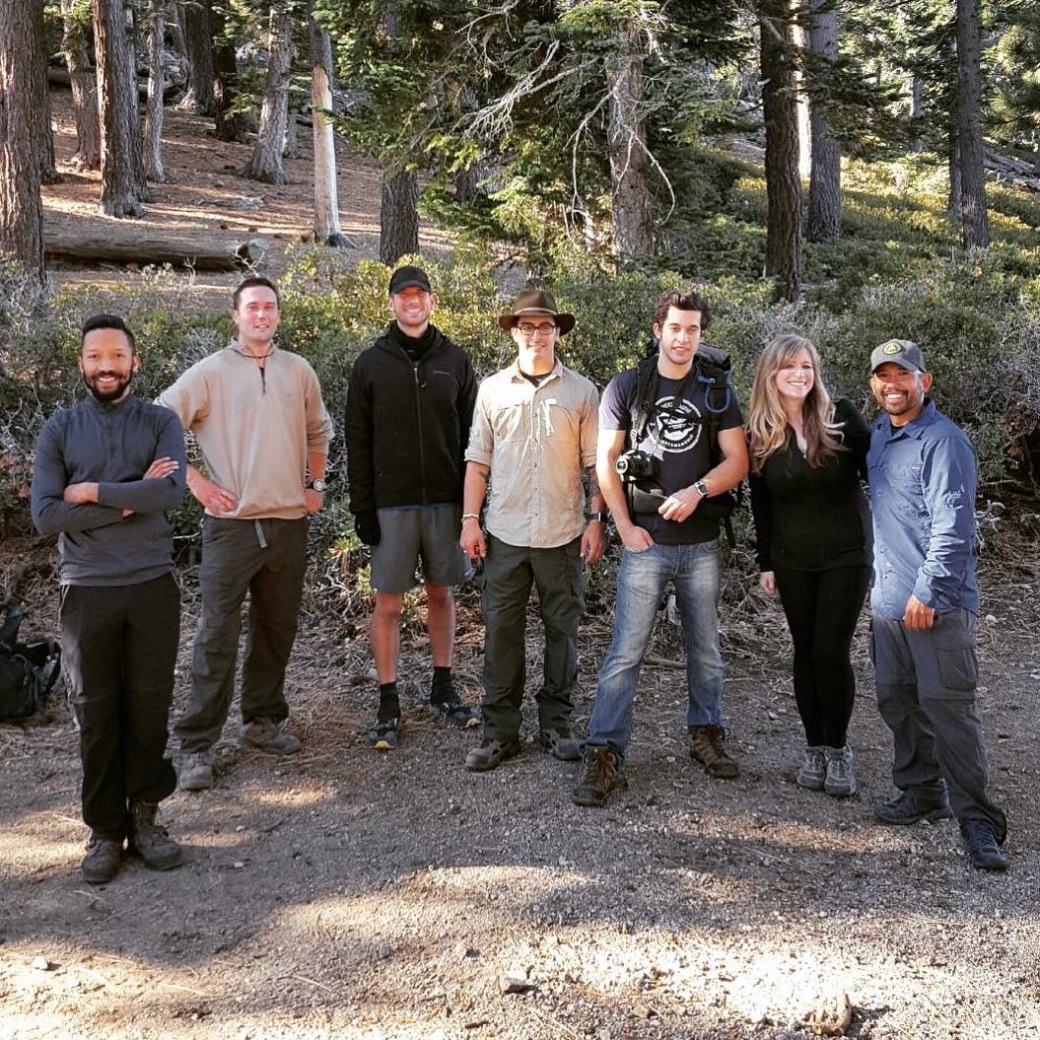 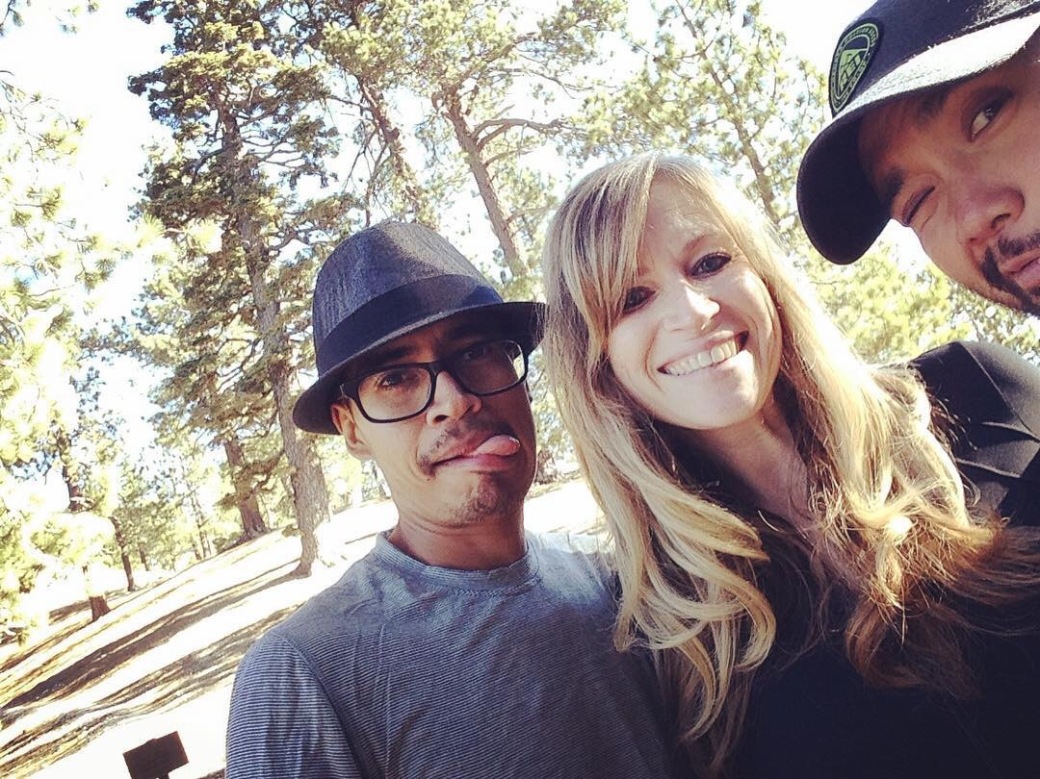